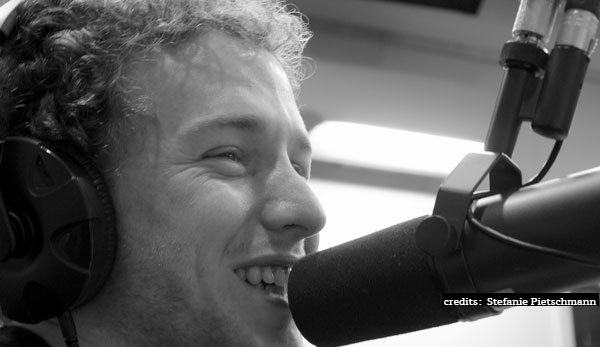 Radio anchor, editor, graduate excel student (communication), born and raised “Tel-Avivian” - but mostly, a Hip Hop head. For the better part of my existence, Hip Hop has been a defining factor in my life. Even when Hip Hop fans were hard to find in Israel, I was there, exploring this new world, happily losing myself in my discoveries. The local scene, which I have seen growing from its first steps, has exposed me to the incredibly talented Israeli artists, thus sparking a strong desire to spread their music to as wide an audience as possible.

When Jigga Juice first came on the air years later, in 2010, it was based on the very same idea: expanding the range of Hip Hop culture in Israel and pushing it forward. Whether by creating appealing, diverse playlists on a weekly basis, or having artists on the show to speak and perform, that is what I strive to do with each installment.

But my radio experience extends beyond Jigga Juice. After gaining my first radio experience interning at Radio Tel Aviv (102FM), In 2015 I I made my official on air-debut on national radio, hosting hip hop and groove shows, three of which are on "Kol Israel" stations (part of the Israeli Broadcast Authority): "Midnight Marauder" and "Groove 88" on 88FM and "Moadon Gimel" on Reshet Gimel (the latter as a temporary job). When Prior to Kol Israel shutting down in May 2017, I started working at "Kan", the new Israeli Public Broadcast Corporation, remaining in my seat as host of "Groove 88", in addition to editing music for several shows for "Kan 88" and hosting occasional shows at Kan Gimel. On June 2018, I became chief Musical Editor at IDC Radio, home to Jigga Juice and many other shows. In my current role, I help land musical guests in the station's various shows and set the musical tone of the station, deciding which songs will get more airplay throughout the day

Besides Jigga Juice and my work for IDC Radio and "Kan", In 2016, I've also begun hosting the show "Middle East Coast" on KZradio with co-host Yvonne Saba, a bilingual show in both Hebrew and Arabic which features hip hop from Israel and the Arab world. 2016 also saw the start of a new podcast, "Ill Conversation", co-hosted by Matan Sharon and myself. I've also produced English language content for TLV1 Radio, hosting a monthly hip hop show called "Yo!TLV Raps" and preparing stories about local Israeli musicians in various genres, in addition to being TLV1's main music editor. Further afield, I was a guest on CBS's "Brown and Scoop" podcast, recorded in New York City, and I've guest co-hosted local shows in Berlin and Friedrichshafen, Germany. More side projects include co-hosting and editing shows at TEDER.FM radio and several guest appearances(see the "Side Projects" section). Outside of radio, I also write about significant hip hop albums and events for major web-portal "Walla". Still, Jigga Juice remains my most personal project, through which I give back to the music that shaped and influenced me.