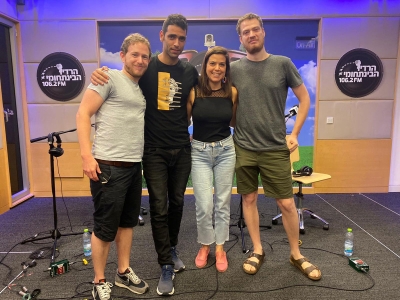 Jigga Juice teams up with IDC Radio's Anat Henkin and her show "Alternativa" to host rapper/singer/writer/poet/actor/director Amit Ulman (formerly known as Pedro Grass)! A special show in honor of his new album "Le'Orech HaHeshek", including a lot of live performances (accompanied by Nadav Manor on guitar) and a special conversation about the album, the themes in it and Ulman's many projects.