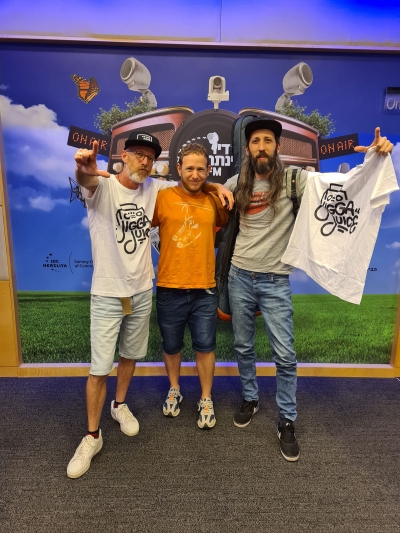 Israeli hip hop legend Miro (of Shabak Samech and Haluzey HaHalal) returns to Jigga Juice in honor of his first solo album, "Halomot BaAvir", accompanied by the album's producer, Beno Hendler! The veteran rapper and the estimeed producer talk about the album, Miro's evolution throughout the years and Israeli hip hop these days compared to the early days when Miro and Shabak were starting out. Also including two live performances of songs from the album.