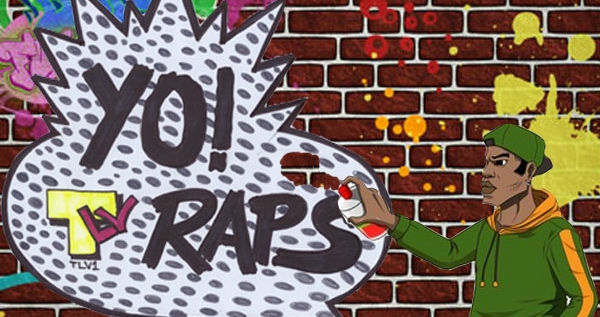 Tune in to hear Israel’s key hip hop figures visit the TLV1 studio to discuss their craft and demonstrate their rap skills by performing songs or freestyles. YO! TLV Raps promises to give international audiences a chance to hear firsthand about the hip hop artists operating in Israel, who get the chance to attain new followers outside country.

Episode 1 : Nechi Nech & Shekel
Yo! TLV Raps kicks off with the duo of Israeli rapper Nechi Nech and producer Shekel, for their first full-length English interview.The TLV1 studio swiftly gets caught in the good vibes of Petah Tikva’s finest, including a Patwa (Jamaican-English dialect)/Hebrew freestyle to wrap it up!

Episode 2 : Ortega
In the second instalment of Yo! TLV Raps, host Tomer Gershenman speaks to Israeli rap veteran Ortega, who was part of some of Israel's most significant hip hop crews (PR Troopers, Peled & Ortega, HaCabinet) and remains a key figure on the local scene. Tune in as Ortega talks about his different projects and the craft of rapping in Hebrew, wrapping it up by kicking a bi-lingual freestyle!

Episode 4 : Lihot
Israeli Hip Hop/EDM/Trap/Ska artist Lihot, currently residing in LA, pays a visit to the TLV1 studio to take host Tomer Gershenman through her career in both Israel and the US. And of course she performs a few songs for us – many of them exclusively for Yo! TLV Raps.

Episode 5 : Soul-J
Israeli reggae/hiphop artist Soul-J brings the Jamaican vibes of Kingston to TLV1. After traveling to Jamaica and recording his last album "Journey Called Life" there, the veteran artist shares his experiences and the resemblances he found between the Israelis and the Jamaicans, not forgetting to perform two of his songs for us in the studio as well!

Episode 6 : Nati Hassid
With the release of his upcoming album "Ze Ma Yesh" ("That's All There Is") just around the corner, Israeli rapper Natti Hassid brings his funk-flavored hip-hop to TLV1's studio to speak to host Tomer Gershenman. As well as talking about the album and his career leading up to it, Hassid also performs two new songs!

Episode 7 : Z.K
Israeli rapper and producer Z.K brings his hardcore hip-hop to the TLV1 studio. He sits down with host Tomer Gershenman to discuss his career, from his days as part of rap duo "Hatzad Ha'acher" ("The Other Side") to his upcoming debut solo album, "New Z-Land." Z.K also performs two blazing freestyles and plays an EXCLUSIVE unreleased track!